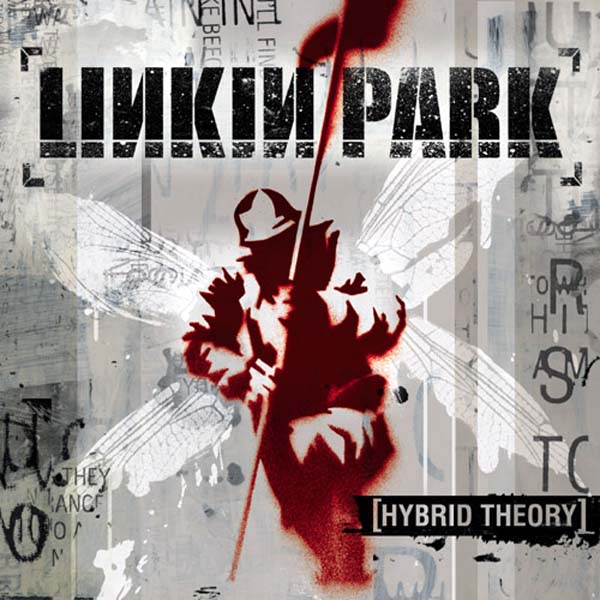 обзор альбома на Английском:
Linkin Park can be described like Dream Theater in the sense of what genre they belong in – not really any at all. They’re rap. They’re metal. They’re electronica. Linkin Park is unique. Not Xiu Xiu unique, but you probably know what I mean.

First of all, Chester actually has a great voice, especially compared to the likes of other some nu-metal acts like KoRn, Slipknot, and Limp Bizkit (actually, Fred Durst makes Chester sound like he’s Freddie Mercury). Chester’s tone achieves the mood that the band successfully captures. Not like Slipknot screaming their organs out, but the way he utilizes tone to capture a helpless mood is beautiful. He sings about paranoia. He sings about insanity. He sings about lost friendships. Linkin Park pours out emotion into their tracks. What makes this emotion believable though is that it isn’t cliched, like LP’s later release Meteora. We don’t hear Chester sing about how life is biting him in the ***, or trying to win the girl of his dreams, or rising up against the government. A perfect example of this is the song By Myself. The theme is basically an irrevocable struggle with himself, in which Chester “makes the right moves but is lost within”. Sounds like he’s down on his luck, but what makes this different from the usual “I’m trying so hard but nothing’s going right” songs is that Chester doesn’t actually tell us what’s troubling him. It’s not like “my dad beats me, my mom died, and no one looks out for me”, but Chester only expresses his raw emotions in the song, leaving us in suspense about the things that he’s enduring. Is it a drug addiction? What about losing someone close? We may just keep guessing.

LP’s instrumentation also devotes a great portion to the emotional element of Hybrid Theory. While Chester shows helplessness, Brad’s heavy guitar work exhibits fury. Brad may be criticized on playing simplistic, easy riffs, but the simplicity of his guitar playing actually contributes to the song’s mood. Also, Linkin Park is a simple-natured band, and Brad has stated that his work follows that. Also, Linkin Park isn’t a riff-based band, and generally nu-metal doesn’t have guitar solos. Brad’s style fits in perfectly, and is very well displayed on With You, especially in the chorus. Chester’s singing is echoed during this part of the song, creating a wonderful ambience, but Brad’s melody is what makes it so effective. The tuning gives the chorus that heavy feel, and really supports the song’s theme and mood. Brad’s guitar work does display very good effectiveness throughout the album, but With You is probably where it’s most important.

Remaining on the subject of instrumentation, I might as well talk about one of the key components of the music. Since LP is part rap, an almost necessary thing to have is turntables. Joe Hahn is the man who takes care of that. Joe’s widely regarded as the most talented member of Linkin Park, manning the turntables. This rap element stands out in tracks like With You, but you do have to listen carefully. The scratching and electronic effects are slightly drowned out by Brad and Chester. You could say that the scratching somewhat substitutes the drumming, which doesn’t seem to be that evident.

Some standout tracks on Hybrid Theory are One Step Closer, With You, By Myself, In The End, and Place for My Head. The songs are good for many reasons, but the great blend of instrument and vocals is probably the trick. The mix of emotions, screaming, singing, and rapping that make Hybrid Theory one of the, if not the most important nu-metal release. It’s up there with Mudvayne’s L.D. 50, and it does deserve the recognition that it has. With this album, Linkin Park has secured a spot as one of the best nu-metal bands out there. If you are a fan of hip-hop, metal, or even some mainstream rock, then this is a great album to own. Hope you enjoy.